It's important to protect your HVAC system from Old Man Winter!

The most impending damage from snow and ice to your heating and air conditioning system is inefficient operation, but that's usually a sign that there are underlying problems as well. The main issue that arises is when snow and ice encase the unit and that triggers ann emergency shut-off as the system freezes up. This cuts off heat to your home, which could cause burst pipes that result in significant property damage as the temperature drops.

Physical damage can happen to the outside unit, even though the units are better built to withstand the year-round weather elements and exposure. However, ice and snow can still build up on the aluminum fan and coil fins and bend them. This will cause loud sounds while operating and will eventually burst the fins. The snow and ice also cause the components to work at least twice as hard with limited air-flow so your unit could end up short circuiting and burning out faster than expected.

What to do? You can protect the HVAC from snow and ice.

Is your HVAC in need of replacement? Give our HVAC division a call for a free consultation. 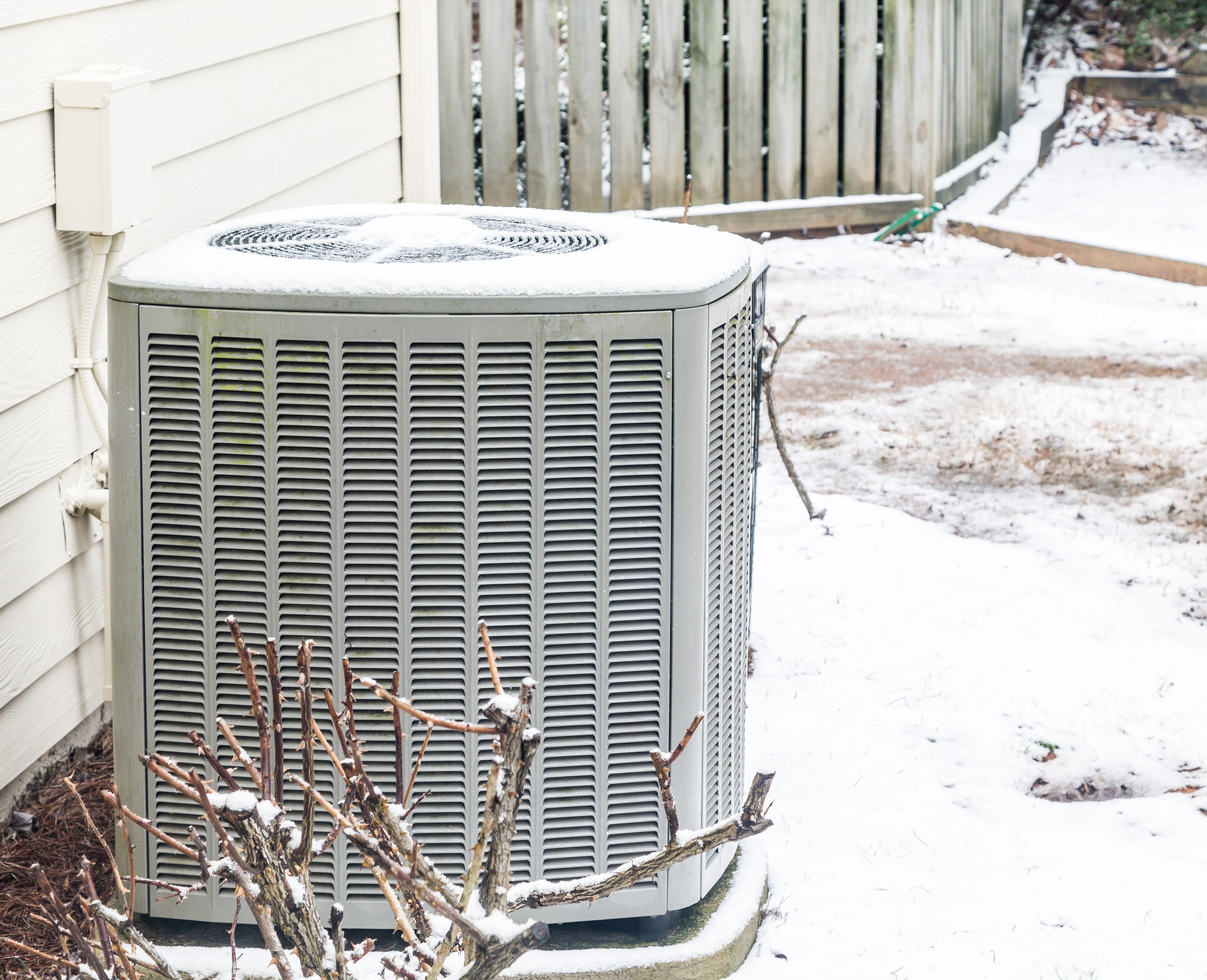